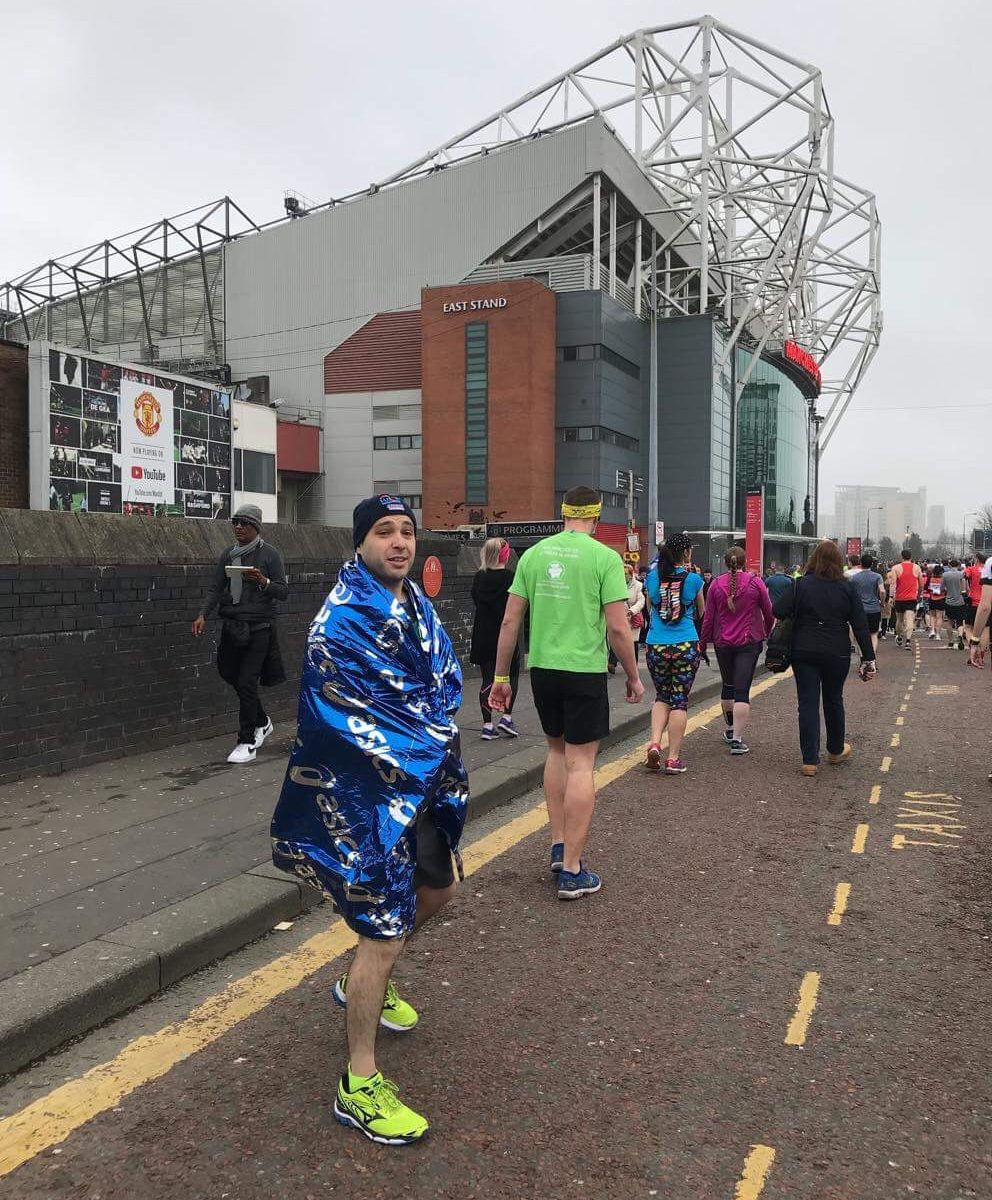 My journey to Manchester began with my rejection from the 2018 London marathon last October and I signed up the same day that I got the email saying they didn’t want me running their streets. The inspiration behind me wanting to run a marathon came from my younger brother who also got turned down and was intent on getting a good for age place for London next year. This went pear shaped for him when he picked up an injury a few weeks before which meant he was going to be my coach/chauffeur rather than running partner!

We arrived in Manchester the day before and stayed about a mile from the race village which was ideal. Race day arrived and I can’t say I slept very well because although I knew I was more than capable of completing the 26.2 miles, there was still a doubt in the back of my mind that it might not go to plan and what I’d tell people if I didn’t complete it.

I arrived at the race village in plenty of time although left it very late to drop my bag off which left me jogging to my starting pen which was half a mile away. When I finally reached it I struggled to get near the front and upon starting I spent the first 3 or 4 miles battling through the crowds. That said, I felt very good and continued to run the first 13 miles in 1 hour 54 minutes. I was going to beat 4 hours easy! I had overtaken the 3.58 (!) pacer and was closing down 3.55. And then all of a sudden my pace began to slow down and it dawned on me that I ought to focus on a finish rather than a time. 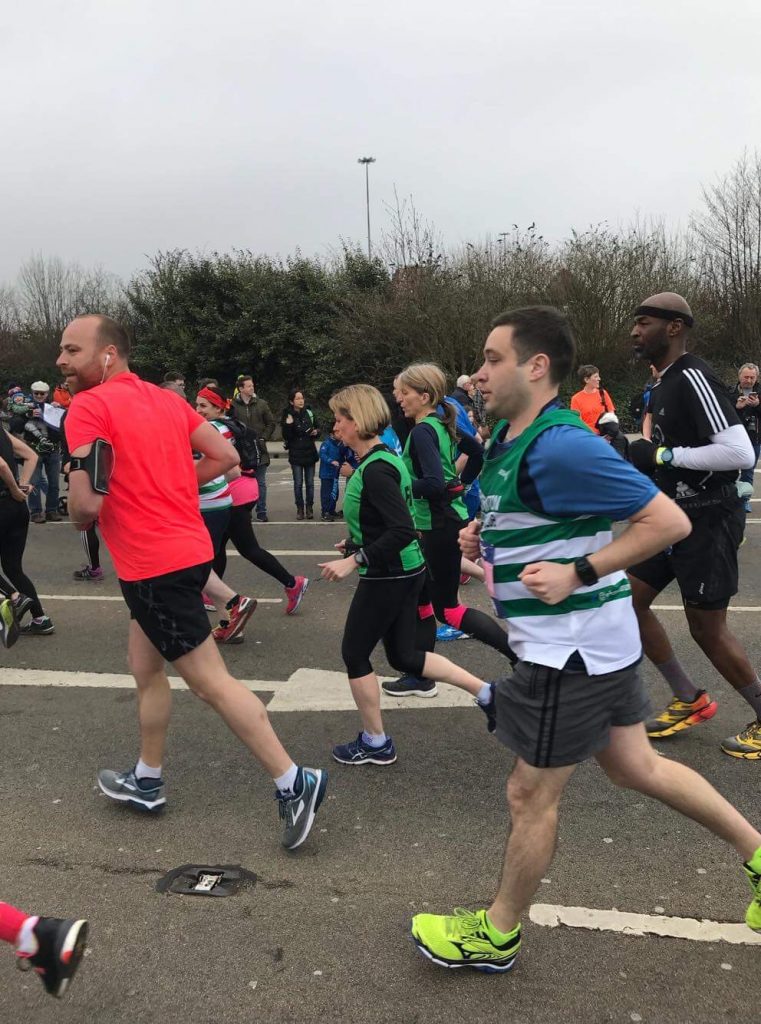 My plan was to run the first 13 miles at half marathon pace, then tell myself that at 16 miles I only had 10 miles to go, at 20 miles it was only a 10K left and at 23 I just had to complete a park run. This seemed to work for me, assisted by the many thousands of people who came out to support the race, shouting out my name or that of Shrewton Running Club which made me proud wear the vest, seeing Andy and Sally whilst running also gave me the sense of club comradery.

The last two miles were amazing, people lined the long straight that took us to the finishing line where I seen my ever supportive brother and I seemed to be able to up my pace for a sprint finish crossing in 4 hours 10 minutes which was better than I’d hoped for. The emotion I felt crossing the line was overwhelming and I still don’t really understand why, I guess relief that I managed to complete it and also knowing what a personal achievement it was.

Soon after finishing I realised that I should keep moving and half an hour later I was struggling to walk which I wasn’t prepared for…it took a while to get back to the hotel but I didn’t care, I was sat having a beer at Old Trafford, next to Bobby Charltons statue. I felt like an athlete and I was buzzing!

The next day was completely different. Although I was still aching and feeling proud of myself, the realisation that everything I had trained for was now over leaving me feeling quite deflated. Now what?! Start planning the next one obviously!