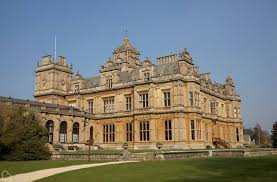 Easter Friday saw me headings south down the A46, heading for Westonbirt (about 10 miles north of Bath). The weather was grey and overcast and the landscape typically south Gloucestershire – rolling fields bounded with Cotswold stone walls, hedgerows and trees. For once I was arriving in good time, although I’d left my running shoes at home. This time it didn’t matter though, as I was going to be a marshal. This was not something I’d done before but seemed attractive because:

a)     Having run quite a few races, I really do appreciate having marshals on the route

c)     I was staying up in Gloucestershire anyway, and had a free morning with nothing much to fill it with, so why not do something useful?

d)     The race organisers (DB-Max) offer a free race entry to a future event, and I was eyeing up the Castle Combe Chilly Max in November

As I turned into the impressive entrance of Westonbirt House my gob was immediately smacked as the building in front of me came into view. Apparently the stately home was one of the most expensive houses built during the Victorian period, and you can see why. Despite having been born and brought up only a few miles north, I never even knew it existed. The guy who commissioned it also built the slightly better known (to me at least) Westonbirt Arboretum, just down the road. Now it’s home to 3 schools (prep, senior and sixth form), but more importantly makes a great venue for three 10k races a year. 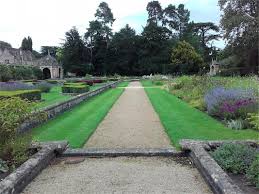 I was told to be in position 15 minutes before race start at noon, which gave me an hour to check out the surroundings, have a chat with Carl who had turned up to race and then make my way to my allotted point. Here I had a pleasant time nattering to a few more experienced marshals, one of whom had also marshalled at the Olympics in London and was off to the World Championships in Glasgow. Apparently there are quite a few people spending their retirement going off to marshal at events all around the world. Nice life, except that you have to finance yourself. I think if I were paying to go to Rio, I might want to spend time being touristy rather than standing on the edge of a road, but then I’ve never done it.

Thus far the weather had been grey with a few spots of rain and the odd drizzle but right on cue, as the race started, the heavens opened and we started to get quite wet. Fortunately there were trees around to provide shelter whilst waiting for the runners to arrive. I was assigned the job of standing near a gate, warning the runners that the muddy ground was quite slippery, that the path narrowed a bit just around the corner and it was only 100m to the drinks and jelly babies station – all vital information that any self-respecting runner just has to be made aware of.

At around 12:15 p.m. the lead bicycle appeared being hotly pursued by the lead runner, who was going like a train. Then there was a pause. A full 3 minutes later the next runner appeared, followed by a steady stream of rather bedraggled looking athletes, even though by this time the rain had eased to a drizzle. Carl went by not long later, looking strong. As time went by the competitors looked a bit more tired, and not quite so quick, but everyone seemed to be enjoying themselves. It took around 35 minutes from start to finish before everyone had passed, with the final runner being the sweeper. Then it was back to race HQ where a quick look at the results revealed that the chap in front had won by 6 minutes, in a time of 32-something. Wow.

Whilst my motives may originally have been influenced at least partly by the desire to turn a dead Friday morning into a free entry for Castle Combe, despite the weather conditions I actually really enjoyed the experience. I also really liked the venue, so I may use my freebie to go back and enter the summer 10k, which takes place one Friday evening in August. DB Max are also doing a run on the evening of the solstice in Chippenham, which may be an opportunity to go marshalling again (and pay for Castle Combe, of course J)