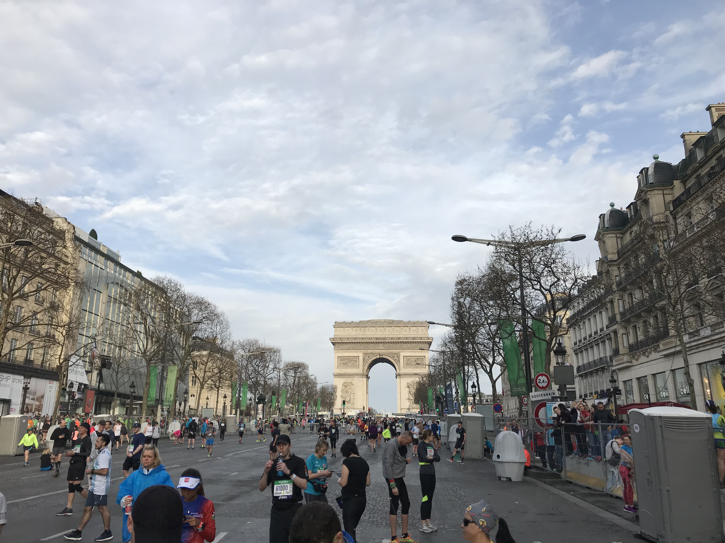 Well who would have thought it! Despite being lured to running later in life, but with still with absolutely no aspirations to run a marathon, curiosity got the better of me.

My decision to enter a marathon was simply the thought that, as a keen runner, later in life people would always ask me what marathons I had run. I felt that whilst I am fit enough I should tick this box now, and get it out the way. And so it was that I very tentatively dipped my toe in the water by entering the Virgin London Marathon (VLM) ballot, but still with an element of indifference. The thought process being that if I got a place I would go for it, but if not then that would be a relief!! As chair of Shrewton Running Club I was very kindly offered our clubs allocated VLM place for the first year following a vote at our AGM. After giving this offer careful thought I felt very strongly that I should not take it, but offer it out to club members who wanted to put their names in a hat.

Well, the end result was that I didn’t win the club place, nor was I successful in the VLM ballot. I didn’t think this would affect me in the slightest, but the opposite happened, and I found myself surprisingly disappointed. So much so that I now felt an overwhelming desire to enter and train for a marathon.  I was however adamant that I would only want to do this once, and wanted to do an iconic and memorable one. Paris was one that I had heard was fabulous, and as it was easy to get a place, without all the fuss of VLM, I took the plunge and entered.  So, entry confirmed, the hard work was about to begin.

From  a cold, wet, English winter…

I studied several marathon training programmes, and selected one that would aim for a 4hr finish time. This became my focus to achieve a sub 4hr, but why I don’t know. I guess I just felt that with my current level of fitness, and with some training, this was achievable. I commenced the 20 week programme in early November which meant I was committing to training 5 days a week. Quite an increase from my current level, and also through the coldest, wettest and longest winter we had seen for many years.

… to spring time in Paris

I was surprised at how quickly the 20 weeks was up, and there I was stood in the ‘4hr’ start pen looking down the Champs Elysees. The winter had been tough with the ‘Beast From the East’ and ‘Beast From the East 2’ to contend with, both hitting on long run days. But here I was stood on the streets of Paris in freak 22 degree heat. I was not prepared for this, as only 2 weeks before I had been running in the snow.

So there I was moments from the off, when I had massive emotional blubber. This was all because of some rousing music and a lovely speech by a female commentator. All those months of hard training in terrible weather flooded through my mind at that moment, and as I looked down the streets of such a lovely city I just got incredibly emotional.

I managed to pull myself together and we were soon off. I settled into a steady pace, which I seemed to be able to manage to comfortably, and seemed to match most of the other runners in my proximity. This continued well for most of the first half, which meant I was able to really soak up the atmosphere and look around. I never thought I would actually get the chance to sightsee whilst running a marathon, but I actually did. It was great!! The support was extraordinary along the route, I guess much like most large city marathons there were bands, and all sorts of activities to keep your mind occupied. I was particularly impressed by the large support from the cities Sapeur Pompier (fire service).  They were everywhere, and were a particularly useful asset later in the race when they got the hoses going to cool us down.

So, back to the race.. I had rather stupidly left the planning of my race strategy too late. Days before the marathon I read an article which suggested a good plan for a sub 4 was to adopt a 47/53 average splits strategy, where 47% of the total time is spent in the first half, and 53% spent in the last half. This essentially meant an average pace of 8:33 for the first half, and then ease back for the second half allowing for fade. Spot on I thought, but this was rather stupid in hindsight. Jerry’s words ‘you can’t bank time’ came back to bite me.

The problem here was I simply had not trained enough on my long runs at anything much below 9min mile pace, so in this heat it as always going to be destined to failure. I always did my long runs at steady pace, so never pushed harder. I was also relaying on the water stops on the day rather than wearing my hydro pack, and discovered that the water stops were 5k apart. Way too long at this temperature.

There is such a thing as “the wall”

So it was that I had enjoyed a really good run, feeling strong and comfortable until I rounded the corner at 22miles when BANG!!! I looked up a long hill in front of me, yes I know Paris is not flat. My legs had gone, so I gave in and walked. Despite fixing a point halfway up the hill where I was determined to start running again, I knew that once I had stopped I would stop again and again. This is exactly what happened, run with the odd walk all the way to the finish line. I did however manage to put in a final push to the line, which made me feel good.

So in conclusion I started this event saying this would be a one off. Had I got 3:59:59 it would have been, but I am so cross with myself, and of my poor judgement on a number of factors that I will do another and will get sub 4.

I totally understand that marathons are not for everyone, however doing a big event like this was incredible. I loved every minute of both the event, and the fabulous weekend. A real life experience!