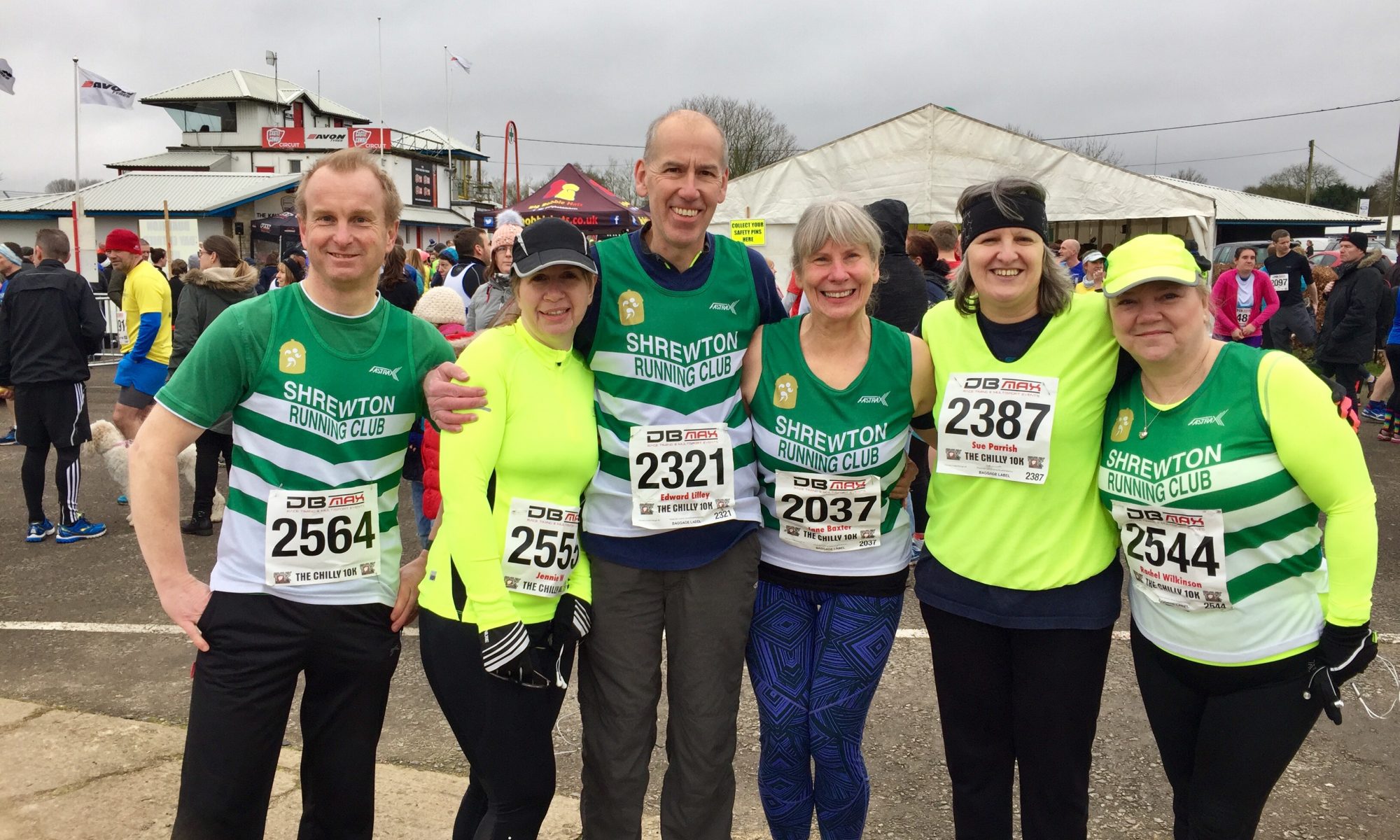 Today (Sunday 18th February) was an exciting day which we have mentally and physically built up to over recent weeks, every bit of running practice helps, whether it is a Monday Night Sarum Sisters Run, Wednesday Shrewton Running Club Training Session or a Thursday Night Run with keen running members or our usual Saturday 5K Park Run where weekly we celebrate whoever achieves a P.B. – “a great meet and greet”

Our intrepid Shrewton Running Club Members arrived keenly waiting for the 9.00am start of the 10K Castle Combe Chilly 10K, namely Rachael, Jennie, Jane Baxter and me (Sue Parrish).  Race Numbers pinned on our T-Shirts we mingled and were joined with Andy A and Edward (managing to fit this Race amongst family commitments).  Race/Pace Leaders with banners clearly displayed of 50, 60, 70 – so we could follow and pace ourselves.  Well supported by Shrewton Running Members, we were off.

Great circuit if you like flat Tarmac and a couple of chicaines to run around, definitely CHILLY but a dry day.  Managed to cheer several fast over takers wearing a vast array of different coloured running shirts and equally received some well appreciated cheers and claps along the way.  Andy A passed us and cheered us on! Thank you for that! A large Paddington Bear overtook us, I wonder who he was representing? Even Carl surprised us by racing past us with his Green and White Team Shirt clearly endorsing Shrewton Running Club.

Rachael and I ran and supported each other – we counted up from 1K to 10K on the signs clearly displayed around the course.  “Keep going, put one foot in front of the other” and “Keep it strong” – approaching 9K I felt relieved and excited that this Race Experience was nearly over! Rachael Wilkinson – you did fabulous- you kept going, kept your focus and did NOT stop.  Well done you!! Great achievement. “The new trainers definitely worked their magic or maybe it was the jellybeans handed out with the water cups?

Jennie caught us up at the 9K point (we couldn’t miss her in her newly acquired yellow high-viz outfit) so I decided to slightly upgrade the speed and with a final sprint – and hearing Sue Parrish from Shrewton Running Club announced at the finish – we all – Sue, Jennie, Rachael crossed in sequence.