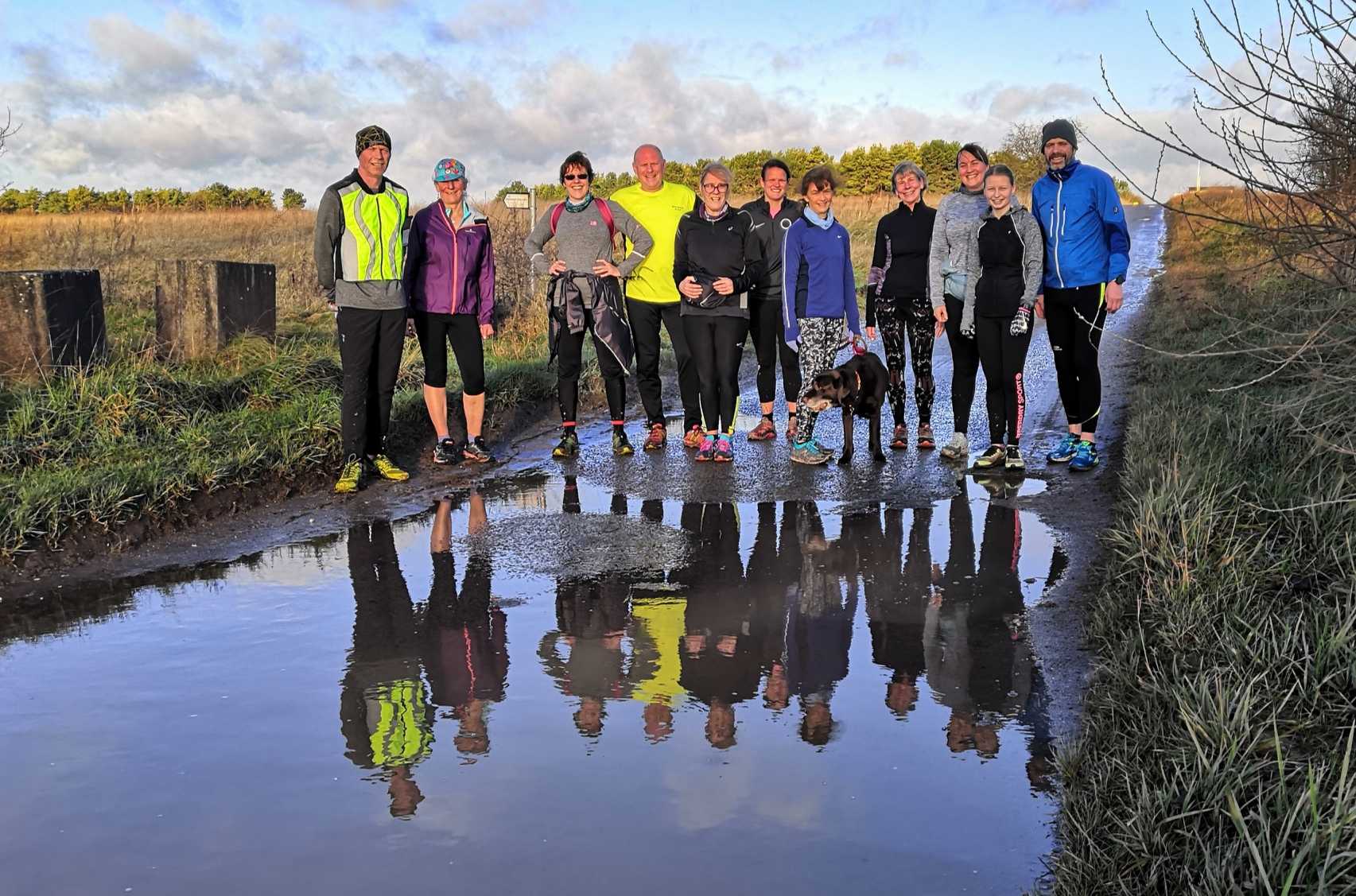 Back in February 2016, a keen runner and Shrewton resident had an idea; Seeing many people out running around the village he hoped to bring them together, by forming an informal running group. Slowly but surely local runners got to know about the group, and ‘Shrewton Running Club’ was born.

During the ensuing months the club embraced “Official” status and began the process of appointing officials and qualified coaching personnel.

2016/17 was our first year competing in the Wiltshire Road Race League and we finished 4th in Division 2. We also held our first C25k course for twelve, soon to be members of our newly formed club. Our club continued to grow as word got out about what our small village club was creating.

2017/18 we finished as runners up in Division B of the Wiltshire Road Race League (WRRL) and gained promotion into division 1. Our Off-Road season went one better that year, seeing us crowned as champions of Division 2 of the WORL, and also gaining promotion into the top flight.

The 2017/18 season had many other successes, seeing our C25k graduates embrace the world of league races, including multi sports events such as duathlon and triathlon. We also had our first finisher in the Virgin London Marathon, coming from our C25k graduate scheme and having successfully won our club ballot and allocation was no mean achievement.

As we look into the 2020 season our latest intake of C25k graduates have fully embraced the Run-Fun we create, and have embraced the true spirit in which we originally formed.

Our club objective is to promote an interest in the sport of running in Shrewton and the surrounding areas and to organise, arrange, and participate in running events. We aim to foster a spirit of inclusiveness, informality, fellowship and mutual encouragement between ​members​ of the Club.

Taking advantage of our location in Shrewton, we are a small very friendly inclusive club welcoming beginners, improvers and experienced runners alike. You don’t have to live in Shrewton to join us … we cover the Wylye Valley through to Amesbury & Tilshead.

Shrewton Running Club (SRC) welcomes everyone with the chance to run with us up to 6 times before joining the club formally. We run every Tuesday & Wednesday at 6:30pm and Sunday at 9:00am meeting at Shrewton Recreation Ground Car Park SP3 4JY.

We have an enviable number of marathon runners, trail runners and shorter races to compete in. One of the best reasons for running together is the motivation and camaraderie to encourage your best performance.

We are always pleased to see new runners, whether first timers or seasoned performers. Even if you have no wish to race, you are most welcome. We have a reputation for being one of the friendliest and encouraging clubs around.

SRC is affiliated with England Athletics (EA), the national governing body of the sport, and club members have the option to pay an additional annual fee to register with EA. Registration offers access to a wider range of events and gives discounted entry to many races.

Those aiming for more demanding events, such as the London Marathon, will also find the help, advice and assistance they need to cover the distance come race day. We have qualified run leaders to help with training plans and also several experienced members who have completed a number of endurance or multi sport events events – all of whom are keen to show others how to take on an extreme challenge.

Lots of our members take part in a variety of races throughout the year. A major focus for the club is the Wiltshire Road Race League and Wiltshire Off-Road League — a popular series of low-cost races where SRC members compete alongside runners from other local clubs. Our members also enter countless other races and events.

Last year 2019 was our 3rd year competing in the Wiltshire Road Race League. Having been promoted to Division A in 2018 we had a goal to not get relegated in our first season with the big clubs and we managed it!

We also run our Couch to 5K beginners course , culminating in graduation at Salisbury Parkrun. If you are interested in getting fitter, making new friends and want to start running, our C25k course is ideal. It also suits return from injury. Please feel free to contact us for more details.