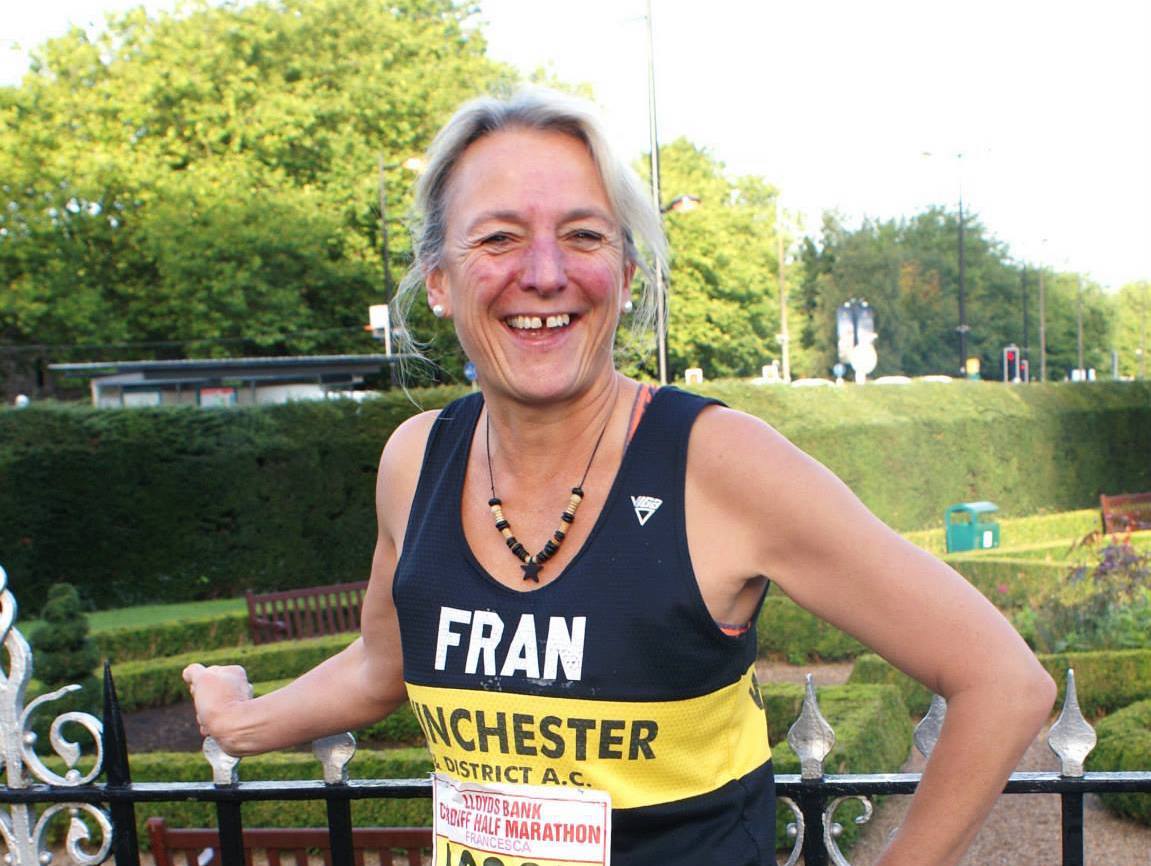 2000 Probably the result of a midlife crisis, I started running. I ran with other Winchester City Penguins Swimming Club mums while my 3 children, Kent, Conrad and Fenella, ploughed up and down between pool lane ropes for hours on end. It got me out into the fresh air, and was fun.

2001 I did my first ever race, by default. One of the other mums had got a place in the Stubbington 10k but couldn’t make it. I ran it in her name. It was scary lining up with a lot of people who looked so fit, and seemed to know what they were doing. I think it took me over an hour.

2002 The Penguins swimmers started to enter Modern Pentathlon Biathle, run/swim/run, events. The swimmers needed running training so another parent and I volunteered to organise sessions. I started to do biathle too, those sea swims are just so, err, cold!!

2003 I decided I needed some proper runners to train with, rather than swimmers. I joined Winchester and District AC. WADAC had a lot of experienced runners and some great coaches. I got quite good, for a woman in her 40s 

The running club was a great social arena. I went on many a running trip and a couple of training camps too. We went annually to St Malo to do their half marathon, and to Italy to run a ten mile race, in the town where one of our runners used to live and train. The Club also entered The Welsh Castles 20 leg relay race every year, which was yet another excuse for a weekend jolly with a run in the middle.

Running then took a back seat to other life stuff.

2010 I moved from Winchester to Shrewton and had to leave my old running friends behind.

2016 I found some new running friends to get fit with, Shrewton Running Club, yippee!