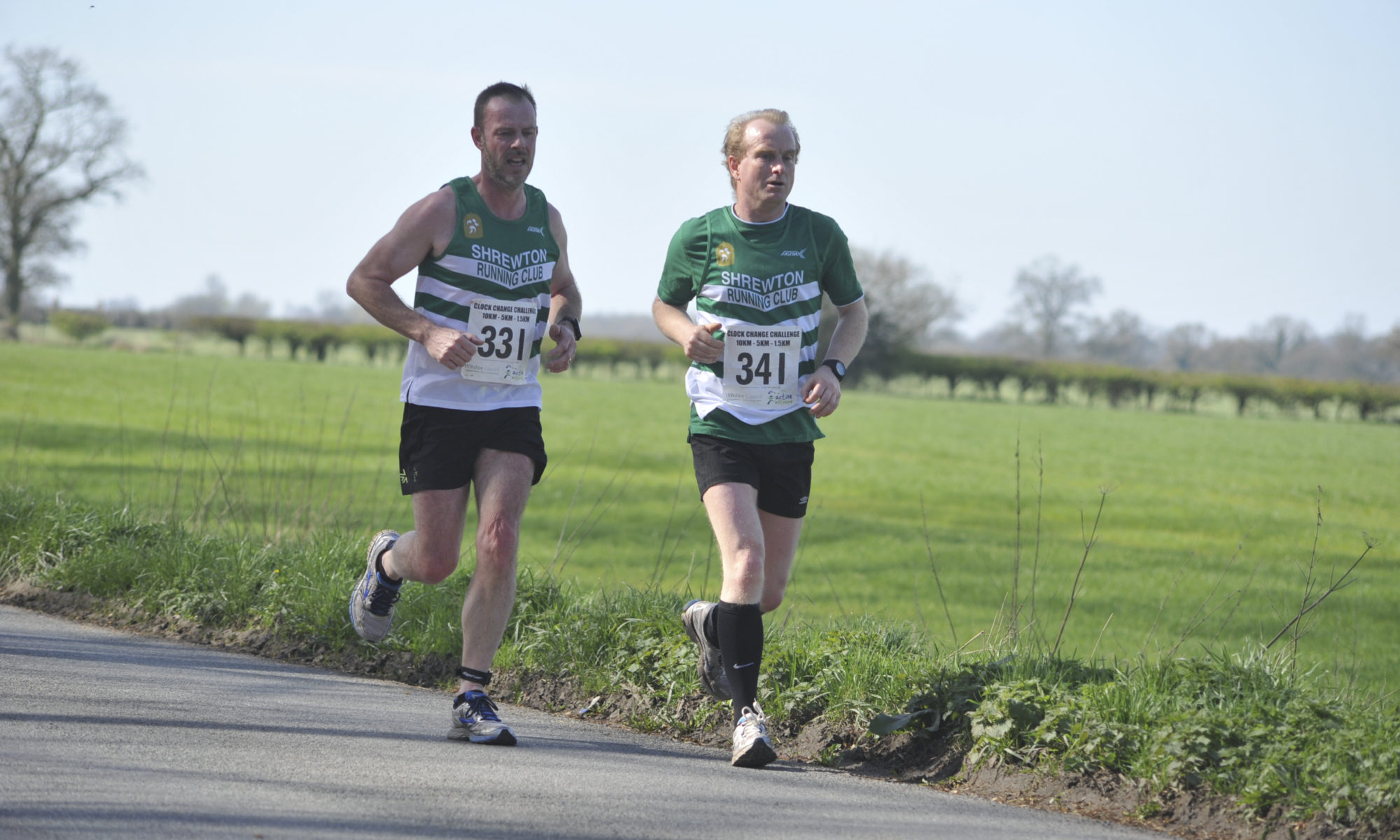 Nick, Rich, Caroline, Helen and Andy travelled north to Calne for the first 10k in British Summer Time for 2017. The conversation in the car centred largely on comparing the relative merits of Trowbridge and Calne. With professional input from one of the team, the general view was that Calne just shaded it, although to be fair this may be because we hadn’t seen the absolute best of Trowbridge. This is something that can be rectified in May when some of the team will doubtless be entering the Trowbridge 5k.

As it happens, we didn’t get to see much of Calne centre as the start was at the leisure centre situated just south of the centre and the race followed a country road south out of the town. The start was well organised although the parking was a bit full despite arriving in very good time. We had soon picked up a goodie envelope each containing our race number and timing chip, and then headed out into the sunshine to enjoy the samba band complete with Morris Dancer (you work that one out).

Eyeing up the competition

Around 250 runners gathered on the start line to receive race instructions. At least, I assume that was what the guy on the microphone was going on about. One notable feature was the number of running clubs taking apart. Catching the eye in particular were the Trowbridge-based Avon Valley Runners (largest number of runners), the Wootton Basset-based Wootton Basset Hounds (best name) and the Shrewton-based Shrewton Running Club (most ‘Wiltshire’ club vest).

How not to drink on the run

The start was on the playing field, and after a lap of the field we headed out through a housing estate and onto Stockley Lane heading towards Heddington. The route took us out into the country, past farms and nice houses plus lots of greenery. The sun was shining, it was a perfect temperature and the course was flat – just lovely. At 5k we turned and headed in the opposite direction passing the drinks station, where I learnt I need to master the art of drinking. I picked up a water bottle and tried to take a glug but was breathing so heavily I only managed a teaspoon-full. Two attempts later and it was time to throw the bottle in the waste bag provided, with my thirst only half quenched. Must do better. Later in the race a marshal was offering us some sort of jelly babies, which we declined…weren’t we warned about strangers offering sweeties when we were younger?

Sadly the end of race was marred by the sort of childish behaviour that Shrewton Running Club would like to disassociate itself from. With 100m to go, Nick turned to me and said ‘Let’s get this Avon Valley Runner’ and shot off. I gave chase and we zoomed past this yellow-vested Runner going up the final straight, overtaking one on each side. For those of you into Formula 1, think Schumacher and Hakkinen overtaking Zonta at Spa in 2000, just a bit slower (https://www.youtube.com/watch?v=yveFVn1DXPo). Whilst it seemed amusing at the time, on reflection it wasn’t big, it wasn’t clever and it showed a fellow runner no respect (and given he was in the M60 category and had been showing us his heels up to that point, he did deserve plenty of respect. If I can do that sort of time when I’m over 60, I’ll be well satisfied). I expect the club chairman to be having a stern word with himself to make sure it doesn’t happen again! (particularly if he plans to do the Trowbridge 5k, where the Trowbridge-based Avon Valley Runners are bound to have a strong turnout).

Caroline gets in the spirit

Rich, Helen and Caroline also made strong if somewhat more mature finishes, and everyone ended the day with personal bests. Special mention to Caroline who knocked 10 (yes, TEN) minutes of her personal best – awesome performance. Another nice touch was when she went to cheer on and shake the hand of some guy who was just completing his first 10k. Apparently, she’d met him earlier in the race (at least, that’s what she claimed). It was the sort of moment that highlighted the spirit in which these events are run.

I think we all felt Calne was a good event. It was well organised, with nice scenery and perfect weather. They’re doing another Clock Change Challenge 10k at the end of October, which I suspect a good few team members will be back for. Apart from anything else, it will be interesting to measure the progress made during the summer. For those thinking of doing their first 10k at some point this year, this one is definitely a worthy candidate for consideration.