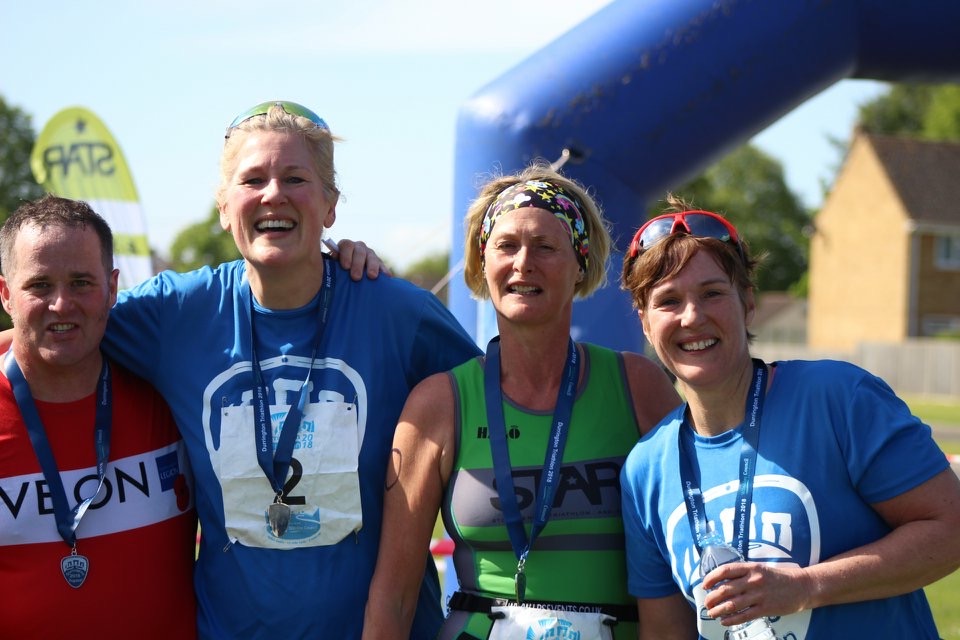 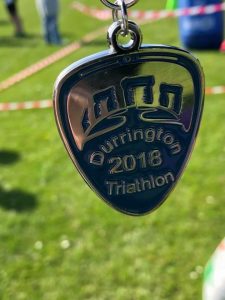 The time of life had come. I had turned 40 and was beginning to set goals and seek challenges. I was rapidly heading toward my next midlife crisis, but who could have predicted this one?

There I was, sat in my kitchen one Saturday afternoon in January, discussing the possibility of training to be a “Triathlete”, with Billy from TriForce Endurance, a professional Ironman coach!

Clearly bonkers, unable to swim and having no bike was going to make this challenging enough for any coach, but on top of that I had been laid up with a fractured Tibia for an eternity and was eager to get going, clearly too eager. Billy accepted the challenge and I got in the pool the next day.

We agreed to set some goals prior to my “A” race and entered the Avon Aquathlon, a nervous swim/run intended to give me some multi-sport event experience. Well it was an experience but I can’t say I loved it until it was over.

Throughout my training for the Triathlon everyone had been telling me how good my swimming was, I was training every week with STAR (Stonehenge Triathlon and Road) and my swim coaches were amazed at how far I had come. I just couldn’t see it myself and lacked any self-belief in my swimming.

I was back running with Shrewton Running Club and got out with them as much as I could but I was lacking any endurance ability. The club training sessions would soon sort that out! Cheers guys.

Then came the bike! A work colleague sold me a bike at a cost that wouldn’t break my marriage (Cheers Mark). I quickly found myself with all the gear and no idea. Having not ridden a bike since I was twenty, I was unsure how it would go. The first ride was wobbly and slow at first but I soon began to get a feel and before long was flying! You really can’t forget how to ride a bike.

I was training hard, I wanted to enjoy this event! Not only was it my first triathlon it was all about conquering fears and proving that the body is stronger than the mind. The weeks leading up to the event saw some very early morning runs, hard gym sessions and transition training with runs of the bike. This was going very well and I was feeling fitter than I had for twenty years. I also lost a few pounds out there on the plains. Swimming was still a struggle and I knew I had to sort that out. After long discussions with my coaches, and my ever suffering wife Sue, it was made clear to me that it was all in my head and I would have to beat those demons myself. I was now in my taper week and it would have to come right on the day!

Race day had come, I had slept amazingly the night before and had nailed pre-race nutrition and hydration. I felt great and got myself down to the pool for 0700 hrs. My pool wave was 0800 hrs and Pre-race briefing was 0750 hrs. I methodically sorted out my transition area and avoided any negative chatter. My mind was feeling strong and my training had prepared my body as best it could, in the time available. The place was buzzing with nerves, excitement and anticipation.

Billy had said on race day make sure there are no changes, nothing should be different than in training. In my safety brief I was asked to put a swim cap on. Odd as it may sound I have never worn rubber before, I was now out of my comfort zone and for the first time the butterflies became fire in my belly. I started to sweat and didn’t really hear the brief. I snapped out of it and “Got a grip” That would be the last time I would feel nerves for the entire event.

My Lane Judge would be my very first swim coach, I had not seen her since the days of being afraid to put my head under the water. Such a fitting place to meet again. Now I was really spurred on! Billy had set me some goals, and my first one was about to be smashed. It may be the last time I PB by eleven minutes but that’s how much my swim had improved since the Aquathlon in March. I knew it was good, but no idea how good until I saw the splits.

A Barmy, bonkers environment where everyone is flapping and making mistakes. Watching people struggling to put their cycling shoes on or getting their helmets tangled etc. I was loving it, having a right laugh. I had enjoyed my swim so much I almost forgot I was in a race. Sue Allinson (Training buddy/DivStar) Was almost putting my shoes on for me and throwing towels at me etc. Great fun. But true, a four-minute stay in T1 is a bit long.

The bike had become my strength, I had been producing some good numbers in training and was becoming fearless on the drops. Billy had set me some goals here too. I was pumped and would surpass all his, and my expectations here too. A massive race day PB on the bike overtaking four people. Passing my training buddies was hard but they cheered me on and I knew I would see them all at the finish where we would be calling ourselves “Triathletes”. For me the hard bit was done (Pool) Now the work began.

The route is a beautiful place to get fit, have a race and smash your demons into the past. It has some beastly hills and some cheeky ones. One beastly hill may have beaten me on the day but a small walk mid race was welcome. Salisbury plain and the Durrington Tri route is a place I plan to return many times.

The start of the event at 0800 Hrs it was chilly and breezy. It had warmed up for the bike but now it was a blisteringly hot day. I hadn’t factored this into my training, a few weeks earlier I had been running in the snow. I knew that the run wasn’t going to give me any gains so I had put all the effort into the bike. The marathon runners legs didn’t take long to arrive so the first 1k was going to be odd and steady. A beautiful run through the Avon valley and out onto the plains. My legs started to feel a rhythm although the route was now punishing me with a cheeky hill. The kind of hill you would normally run ok but after 45 mins at race pace on the bike this was tough. A little run walking to 3k, some jelly babies at the turn around point and I was heading for the medal. It was downhill most of the way, I was finally beginning to believe.

I remembered a message from Billy the night before “The biggest compliment I can give you is… Now I don’t doubt whether you finish, I wonder how fast” either the jelly babies, or his kind words inspired a last 2k Kick. Fortunate really as at this stage I was seeing my training buddies I had passed on the bike starting their hill run. Had they seen me earlier they would have seen a different person.

I loved this event from start to finish. I particularly loved the multi-sport training. “Getting fit and having fun” is how I would summarize the whole experience.

I will be doing another and this time it will be in a lake. 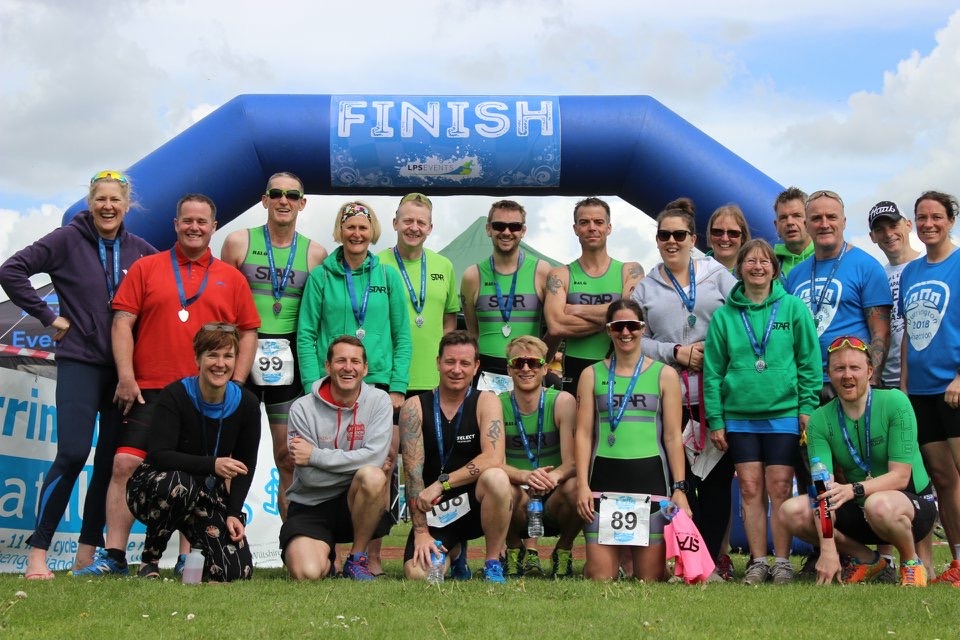