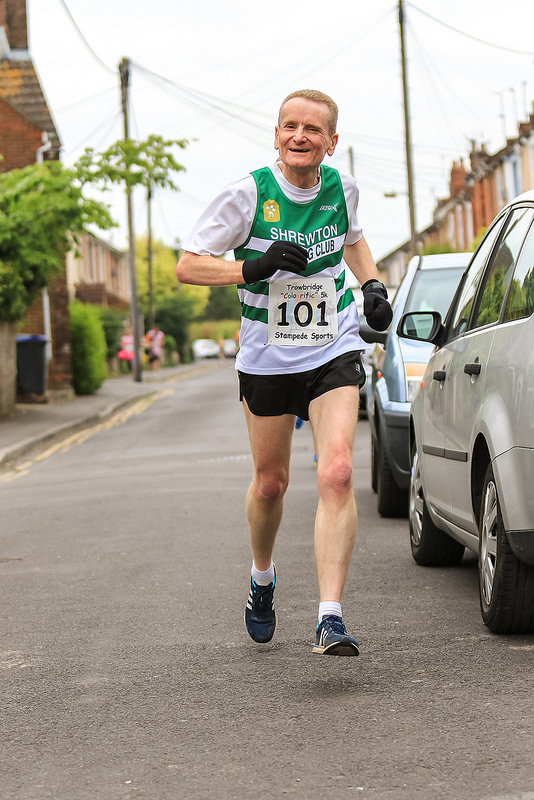 If memory serves, I started running at about age 17/18, in a vain attempt to shed the puppy fat I was still lugging around.

I can remember struggling to manage one lap of the local park and when I could do five, I thought I was a proper long distance runner!

Then for many years life itself got in the way of running (as it does for all of us) and there were the usual highs and lows.

Cycling took prominence for a while and I could never quite categorise myself as either Cyclist or Runner.  Shame I’m so rubbish at swimming – otherwise triathlon would have been a natural progression!

Odd races here and there – but the marathon was always the big one (there’s just something about that 26.2 number) and it was always London for me so in 2002 I went for it, full on.

MS is the only charity I actively support as my Father-in-Law was a sufferer and my Sister-in-Law is.

Came in just inside four hours and raised £13,200 for MS Society.  Half of that was due to my employer matching me “pound for pound”.

I was astounded by my donors’ generosity and my faith in human nature was confirmed.

Ever since then I’ve had the idea at the back of my mind that I’ve got a better time in me.  Every April I’ve watched the London Marathon on TV and wished I was there so this year: here I am.  There is an inevitability to the way that time takes its tool so sooner or later you’ve just got to bite the bullet and go for it!

Progress towards cracking the conundrum of MS is at a peak.  We’re on the verge of finding a solution to this horrible disease and it’s funding-dependent.

So please give generously – even a couple of quid will do.  (That’s the minimum JustGiving will accept but if you’re in my physical circle I’ll be toting round the old fashioned sponsorship form).  Every penny really does count.