So back in 2018 we entered our first 24 hour endurance event. The “Glastonbury for runners”……

So a few of us signed up for a crazy challenge…

to complete as many 5mile laps as we could in 24 hours. The main reason I signed up was it was advertised as ‘Glastonbury for runners’ I haven’t been to many festivals so thought hey, why not, and it was fairly cheap for a weekend away and a race! (I like a bargain!)

The week before the event the reality kicked in, potentially running around at every hour of the day, camping in a field what were the toilets and showers going to be like? Could I remember how to put my tent up? Anyhow Thursday arrived and we discovered one of our team members was too ill to take part, taking our team of 5 down to 4. Ahh, that makes the 24 hour running harder, I thought that with 5 of us averaging a lap of an hour per lap we would get 4 hours rest between runs. 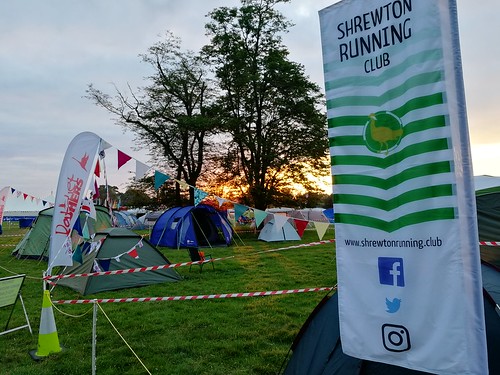 Well the four of us pootled to Reading set up camp and made a plan, I was to run last as had no real desire to run the first lap. We went to the field and checked out the facilities, start line, hand-over points, and of course food options of which there were lots! There was also an area for children with activities and talks and yoga going on so lots to keep all ages entertained. With the race day looming we got to sleep and prepared for the craziness! 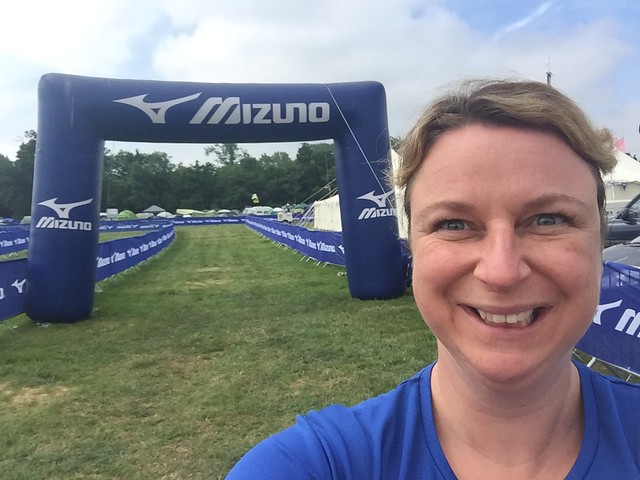 Saturday morning the field was buzzing with excitement, everyone prepping for the run ahead of them. Andy set off on the first lap at 12noon, and handed over to Rich. We had an inflatable banana so we could see each other clearly as the first few laps the handover zone was busy! Andy gave us a review of the course and emphasized how many fun points there were on the way round including a Ska van with music, lights and refreshments! Rich got back and Anne Marie set off, Oh no! it’s me next and the boys had done way faster than an hour lap.

When Anne Marie reached the 6k point she rang me to make my way to the hand-over zone. Off I went along a lovely route of concrete, gravel, forest and hang on a moment Heartbreak Hill! What was that about if it doesn’t break you by the sight of it, it will do by lap 3 (or in my case 2!). Anyway on I went and we managed 3 laps each on Saturday, as I was the late runner I decided to do 2 laps together, this gave us all chance to sleep and I wanted to do 4 laps so if i could get them all done on Saturday, I could rest all day Sunday!

By this point we had all realised that running continuously between the four of us would not be good for anyone. So my 3/4th lap which I walked most of them, I just enjoyed how laid back the race felt no pressure of beating someone in another team to get points no pbs to beat and no idea how many laps other people had done. I even chatted to a solo walker for 1k which she was very grateful for as the continuous plodding was getting to her. At 1.30 am I made my way back to the showers which were hot, then crawled into bed. 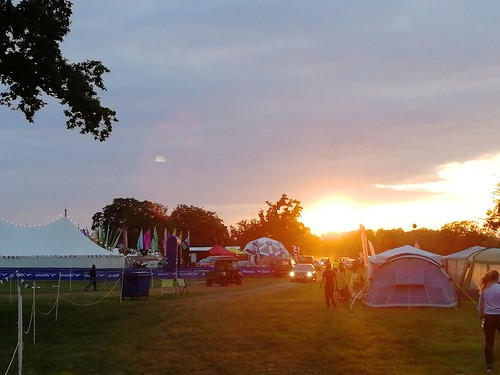 In the morning the boys had compeleted a few laps so we hadn’t been off the course for a huge amount of time, then Anne Marie set off again. My head was saying I could manage one more, then I looked at what was left of my feet and decided against it! We managed a total of 18 laps and as my original goal was 24 I was happy with that, yes we could have all pushed ourselves but we wanted to enjoy the weekend too!

Overall endure24 is a well organised fun event with no pressure attached – you do as many laps as you want. Due to not having a huge amount of rest between laps we couldn’t experience much of the festival vibe, but next year we’re hoping for a bigger team! 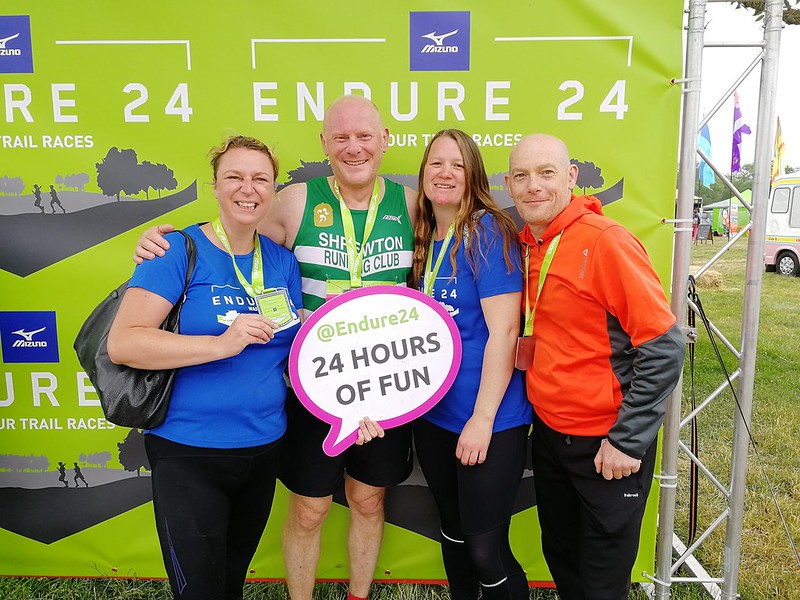