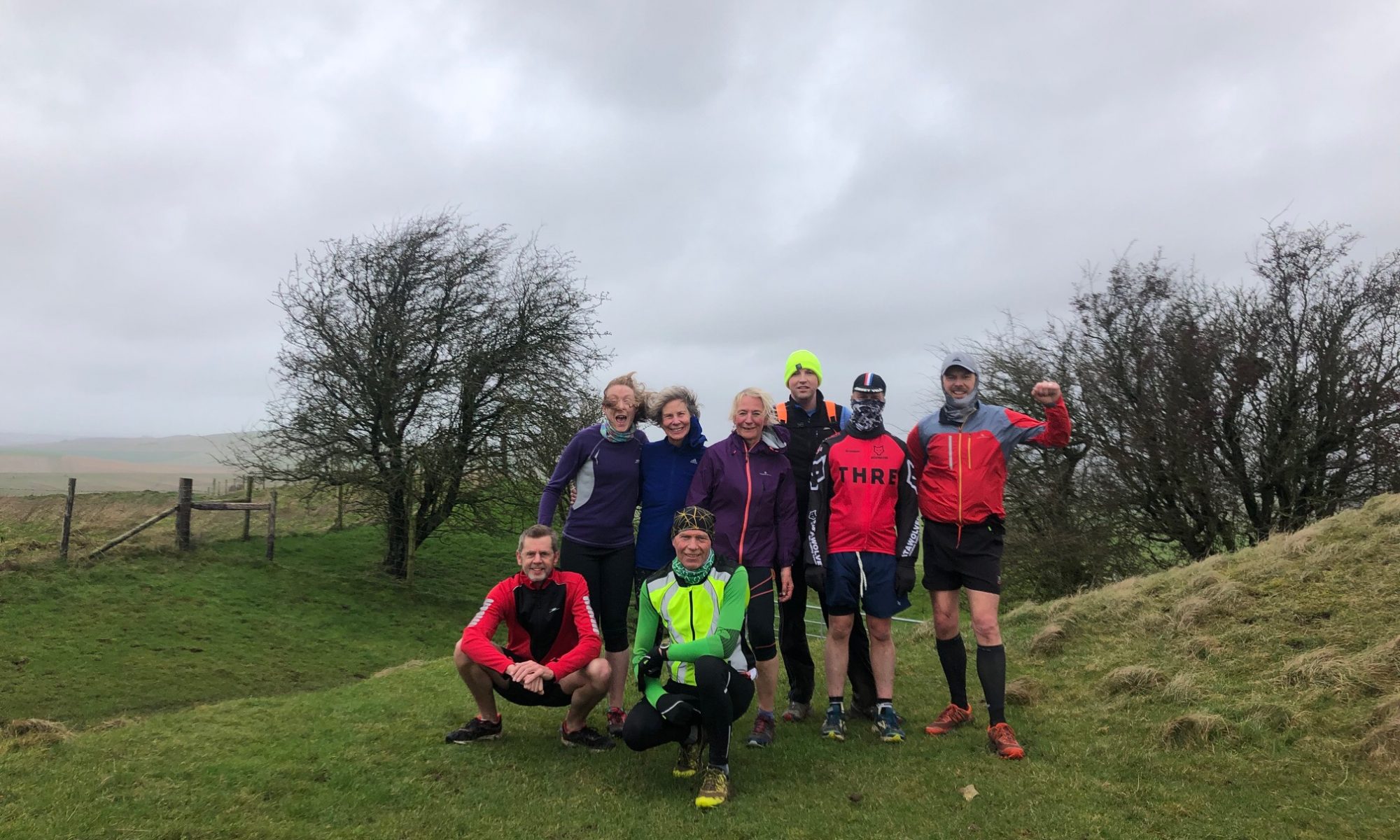 On a quiet Sunday morning in Early February a group of intrepid Shrewton runners decided to venture out of the village and head up to the beautiful Vale of Pewsey for a little adventure.

“As we arrived in the car park we could feel the blustery winds buffeting the car. Emerging from the comfort of our vehicles we felt the full force of the gusts. Unfortunately we had chosen the most exposed ridge in Wiltshire for todays outing and not only that,  our route took us bang into the wind! Luckily the uphill gradient kept conversation and complaints to a minimum whilst warming us all up nicely.

On reaching the crest of the ridge we were rewarded with the 20 knot winds increasing to 30 knot gusts and what had seemed like a flat ridge appeared to have an uphill slant! “

Luckily the Shrewton runners are made of sterner stuff. They dug deep and soldiered on towards the top of Milk Hill , one of the highest points in Wiltshire. The 360 degrees views are spectacular, (on a good day) but Tall Tim from Tilshead (recently renamed Bob from Bulford) was more concerned with not being blown away,

Whilst others were fighting to stay on their feet in the slippery mud and the steep inclines!

All our efforts were duly rewarded with the spectacular views of the White Horse and surrounding area.

Saving the best bit to last we retired to a popular local cafe, for a well earned fry up breakfast and a strong coffee.

Thanks go to Nick and Fi for photos and the Honeystreet Cafe for saving the day.

Sunday 2nd February 2020 sees the return of our “On Tour” runs. The plan is to head up to the White Horse near Alton Barnes for approx 10 km run with some great views…. and a few climbs. Option for coffee and cake afterwards at Honey street Cafe

We always have a lot of fun exploring other parts of the countryside and would love to see you join us….

END_OF_DOCUMENT_TOKEN_TO_BE_REPLACED

A team of 3 of our members: Lawrence, Fran and Moss completed the recent half ironman recently in Weymouth. Here is their epic story: 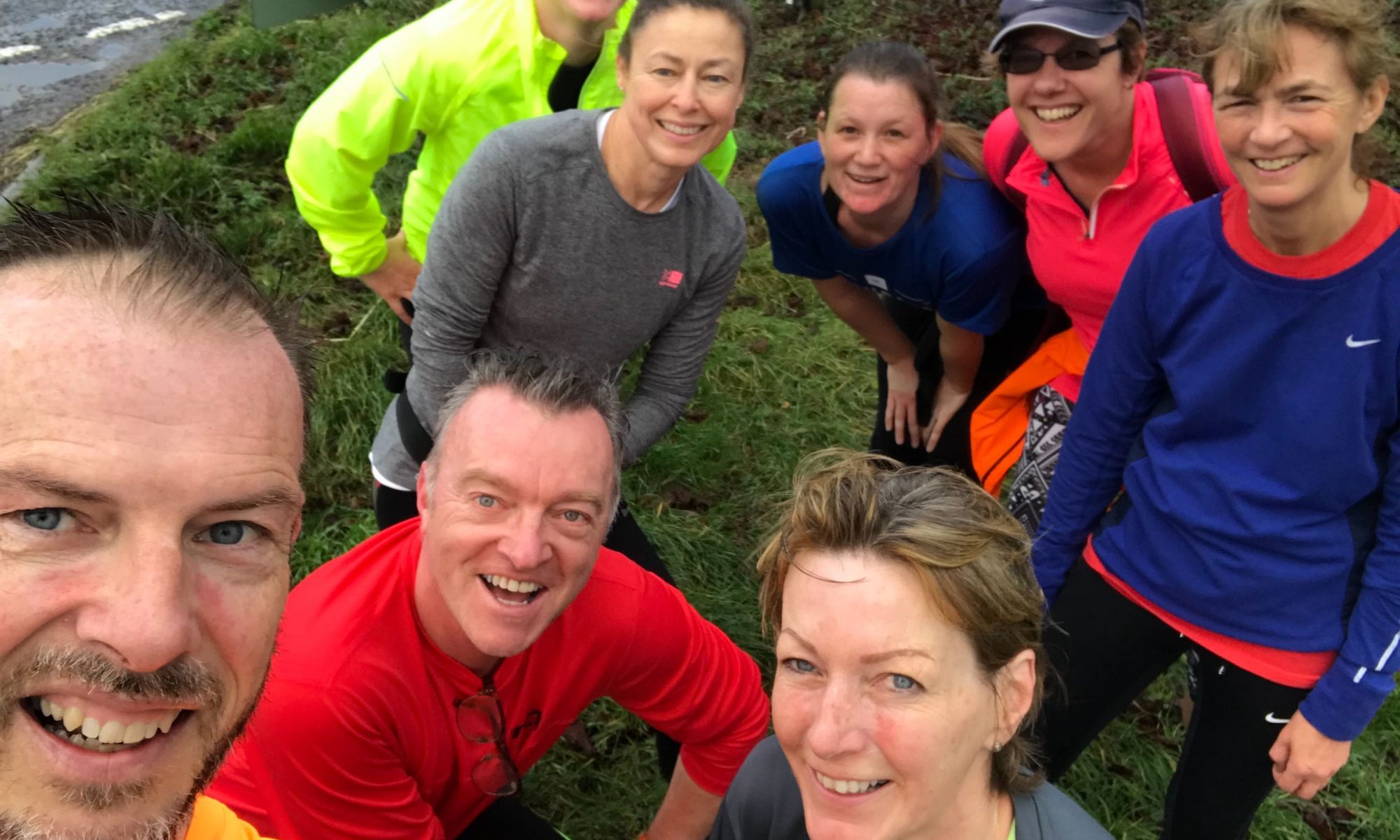 Busy day’s running for Shrewton Running Club members today, we were all over the place!! END_OF_DOCUMENT_TOKEN_TO_BE_REPLACED 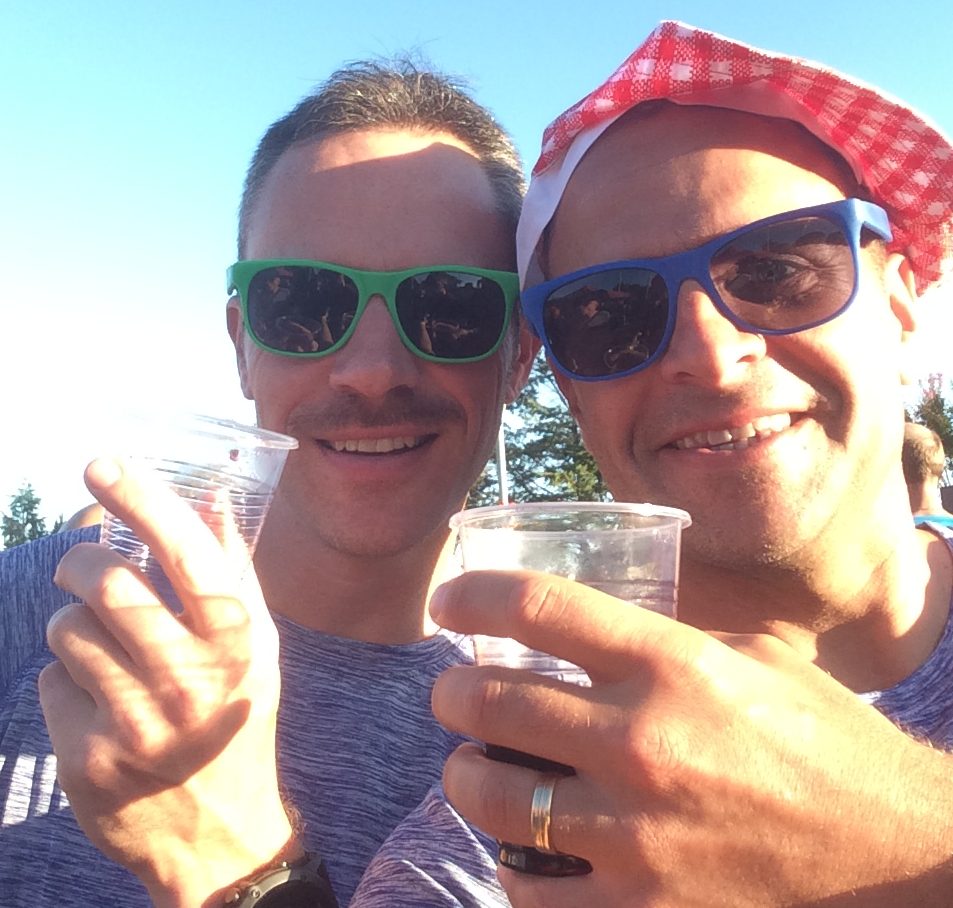 How did I get here?

I find myself writing this review in the same manner in which I began this epic marathon……..drunk! END_OF_DOCUMENT_TOKEN_TO_BE_REPLACED